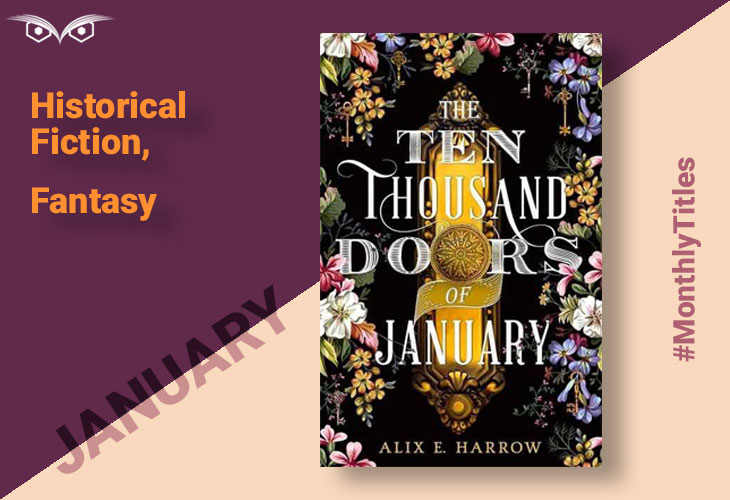 Where do I start?

When I started this book, I was a bit sceptical, as I always am when reading fantasy. I just wanted it to be good. And it was good, it just lacked something. A direction, a purpose, something that would bring all the characters together around a common idea. The plot was a bit chaotic and that made it difficult for me to pay attention. It’s not like I didn’t, I just didn’t feel like I wanted to keep going. There were good parts and bad parts. Let’s start with the bad ones first, so that we can finish on a positive note.

‘In a sprawling mansion filled with peculiar treasures, January Scaller is a curiosity herself. As the ward of the wealthy Mr. Locke, she feels little different from the artefacts that decorate the halls: carefully maintained, largely ignored, and utterly out of place.

Then she finds a strange book. A book that carries the scent of other worlds, and tells a tale of secret doors, of love, adventure and danger. Each page turn reveals impossible truths about the world and January discovers a story increasingly entwined with her own.’

In other words, it’s the story of a girl, January Scaller, a teenager now, living with Mr. Locke, her father’s wealthy employer. She is basically fostered by him and he was taking care of her since January was a little girl, while her father was doing business for Mr. Locke. As the blurb suggests, one day she finds a strange book and it’s the beginning of another story—her own family’s story. Page after page, the more she gets into it, the more she feels she doesn’t belong in her real world. She unravels the secrets her parents kept from her this whole time and tries to find her own place under the sun. Her reality intertwines with fiction, as the book deals with going through portals to other worlds and a story-inside-of-a-story concept. I found the secondary plot, the one that helps her uncover secrets that belonged to her parents, much more compelling than the main plot. The main story itself… is not that interesting at all, unfortunately. I found those parts a bit boring and didn’t quite care about what was going to happen.

As a mixture of fantasy and historical fiction, I was expecting to read a lot about journeys through time, exploring strange and unknown worlds, to experience all the adventures together with the characters. Nothing like that happened. We were being told about those worlds more than them being shown to us, which is quite sad and disappointing for a fantasy book. You really want to live the whole thing, to feel like these imaginary worlds actually exist, not just to read about them. As reality was alternating with episodes from the book, that really made it too draggy for my taste. You’ve just started learning about something, to have an idea of everything, and you get interrupted by a chapter from that book. By the time you go back to real-time events, you have lost the connection and your interest in them. As a whole, the characters didn’t do much to make me want to learn more about them either. I thought January was making quite stupid and inexplicable decisions, which she justified by her young age.

The positive things are mostly the parts of that book, when she was learning about the different places her parents visited. Some of the characters are quite intriguing, you don’t know whom you can trust and who is your enemy, so it was interesting to read how some of them developed as the plot advanced. I liked the adventurous spirit and the author’s imagination, as well as the style of writing.

It’s just that for me something didn’t work. I’m thinking that maybe there wasn’t a good world building and therefore I couldn’t imagine myself being a part of it. I wish I learned more about the other worlds, to have more options to explore as a reader. Another thing I wish the author included more of, is the background story of January and more precisely, why can she travel through these doors? What’s her motif? What’s her reason? She didn’t seem too enthusiastic about it at all. All the characters could have had a bit more clearer reasons to justify their actions.

I really wanted to like it and I did enjoy it, overall, the majority of it. I just forgot most things about the book the moment I finished it, and for me this is something indicative of how good a book is. If I don’t think about it a few weeks after I stop reading, that means it didn’t really get to me. The ending was good, though. I like a good open ending that makes me wonder how things unfolded and all the different possibilities. I don’t think I would reread the book, just because I didn’t feel that connected to the characters and the events. Oh well. Sometimes it doesn’t work with a certain book.